News & Updates
Stay current with ongoing updates within our agent network and the insurance industry.
Visit Our Blog

Members Only
Our online resource center provides added resources and other benefits to our members.
Agent Login

Become a Member
Fill out a quick application and, upon review, we'll contact you with further information.
Registration

Locate an Agent
Our independent insurance agents are among the top in the industry. Find one of them today!
Agent Search 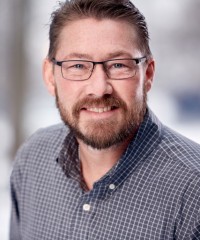 David is the President and co-founder of Michigan Agency Partners. David began his insurance career 19 years ago and most recently served as the Vice President of Sales at a local independent agency, he has a long track record of being a Million Dollar commercial lines producer year after year and is now taking this experience to help independent agencies grow their own business. David has served as an instructor for the Dynamics of Selling Sales Series hosted by the National Alliance and is an alumnus, supporter and regular guest presenter at the Pacesetter Producer School hosted by State Auto Insurance.

Return to the staff page.


Your Source for Growth